This is what my language class often starts with. I´m almost halfway of my course and I´m slowly starting to understand some stuff. It is funny when I hear people talking and I understand some words they are talking about. Although my Icelandic knowlegde is very standard. But it is a start! I´ll keep practicing and hopefully I´ll be able to speak and at least understand the language within this year.

These past weeks I have kept myself busy. February 28th and 29th about 19 strangers from all over the world booked tickets to Iceland together. I got to know about this when I saw this post in a facebookgroup of Yes Theory. Yes Theory is a youtube channel that has a huge community. While preparing for Iceland I found this post from Isabel. Since she was 8 years old it was her dream to one day see the Northern Lights in Iceland. She saved her money in a glass jar to fulfull her childhood dream. Then she met Jordan, who also dreamt of seeing the Northern lights, they started talking and a couple of hours later they booked their tickets to Iceland. The post was talking about how they would love to meet new people and they were inviting people they didn´t know to join on their trip. And because of that message, 19 strangers (including me) met up on Iceland. Ragnar, a local on Iceland, had organized many tours around the island for the group. Due to prices and knowing I´m still here for almost a full year, I did not join the tours. But the first night Ragnar did take the ones who were already on Iceland out to hunt some Northern Lights. Unfortunately it was not a big succes, after driving for a while it got very foggy outside. On the 29th I went with the ones who aleady had arrived into the city and up the Hallgrímskirkja. 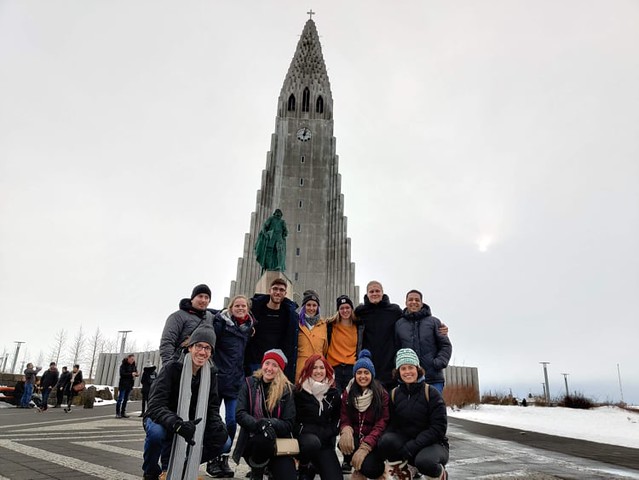 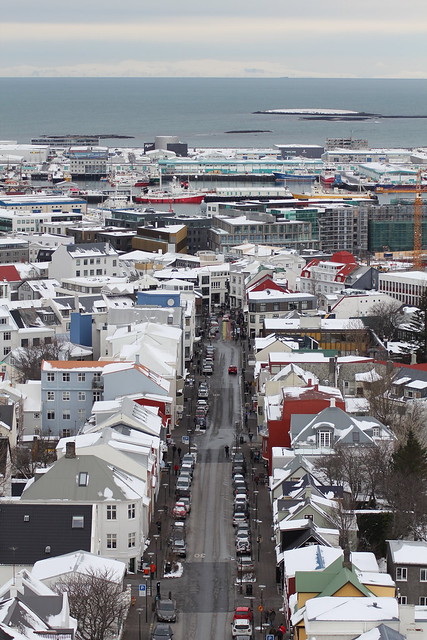 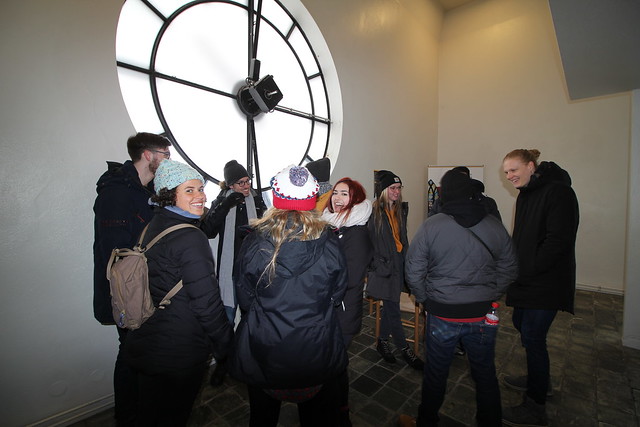 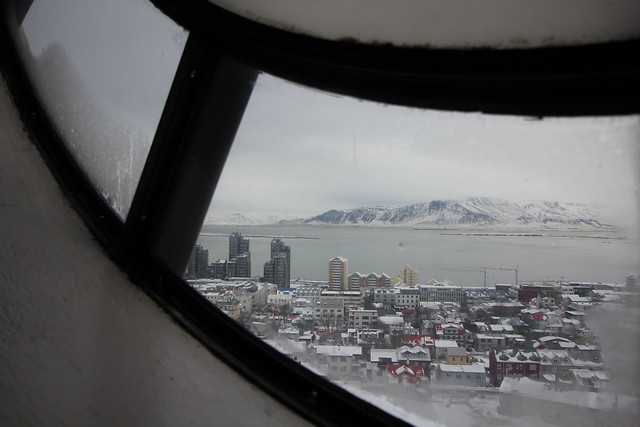 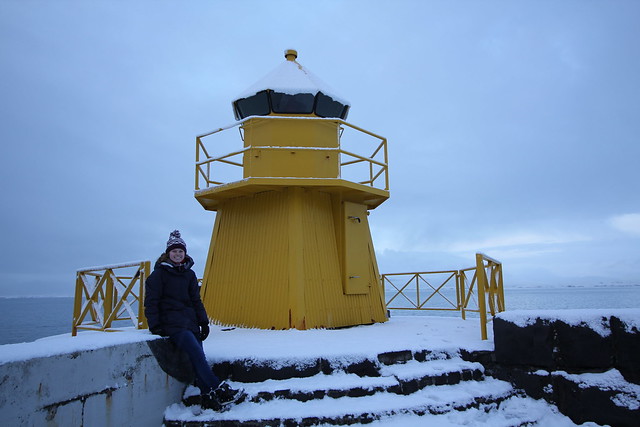 Outside of my work hours I have spend quite a lot of time with the group while they were in Reykjavík. The group was amazing, we all connected very well while we didn´t know eachother.  We even spotted some Northern Lights at the shore, which was also for me the first time of really seeing them. Hjálmdís, also a local, invited all of us to come to her home and try some local foods (lamb, brúnaðar kartöflur, sósa, malt og appelsin, harðfiskur, kæstur hákarl and brennivín). I´ve had a great time with these people and can´t wait to meet them some day again. I´m pretty sure at least one of them will make a video of the trip. I´ll share it in one of my blogs when they finish it. 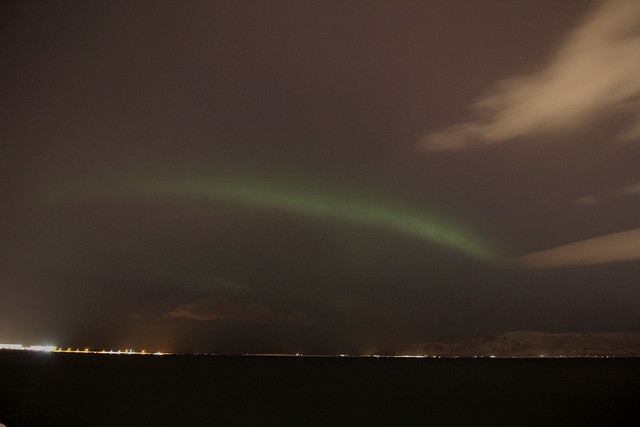 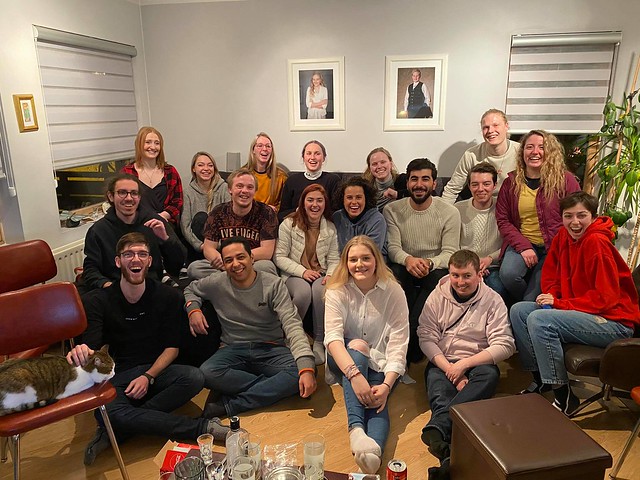 Last saturday I went to the Pálínuboð of AFS, which is a potluck. There were volunteers, students and their hostfamilies. Rebekka, a girl from Germany who I´ve met through my language class, also joined. In the morning we made bananabread that we brought in the afternoon. There was a lot of sweet food, and luckily also some salats and rice. I ate so much that afternoon, but it was really nice.

On sunday I slept in, the weather outside was beautiful. So after I got up slowly and did some laundry I went to walk around to the harbor which is really close (read 5 minutes walking) from my house. In the afternoon I went with Mathilde to the Listasafn Reykjavíkur Hafnarhús. This is one of the locations of the art museum. At this specific museum they have the shoplifter: chromo sapiens exposition from Hrafnhildur Arnardóttir. This exposition is like cotton candy with many many colors and it is very fluffy. That is how I would explain it, it was super cute! 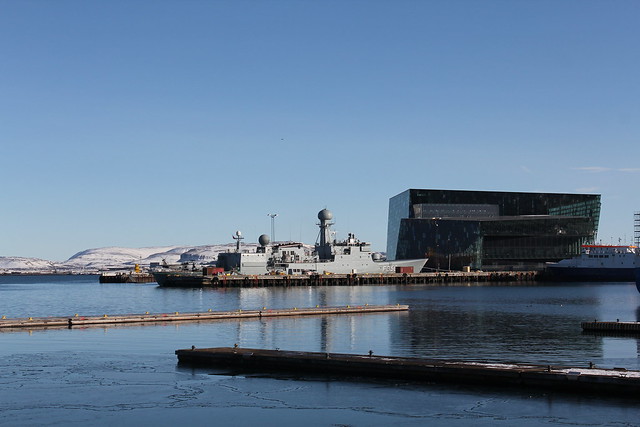 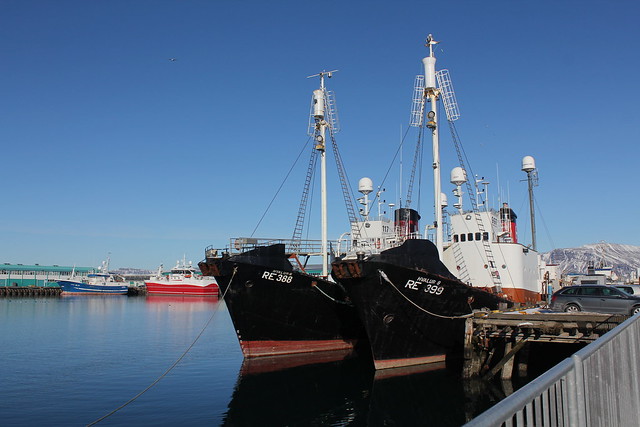 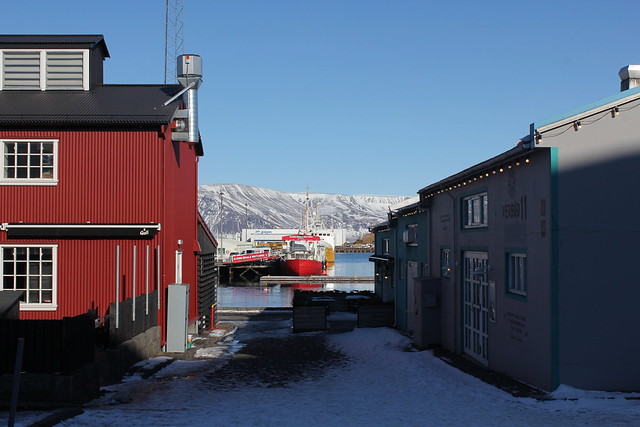 Due to the great weather Mathilde and I went for a drink and afterwards we continued to her place from where we went watch the sunset with some of Mathilde´s friends. On the way there I took an amazing picture of Hallgrímskirkja. After the sunset we all ate together at Mathilde her place and watched a movie. It was a great day. 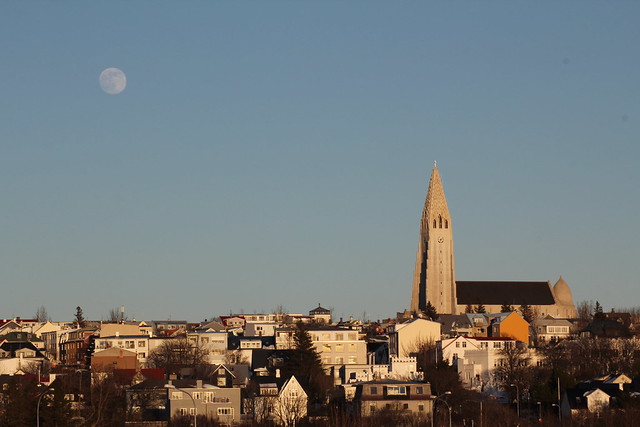 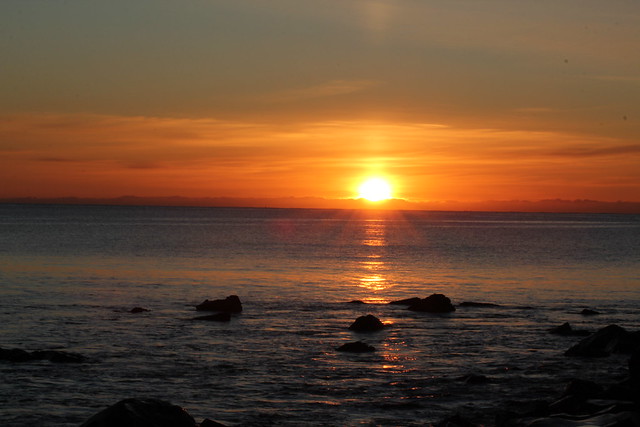 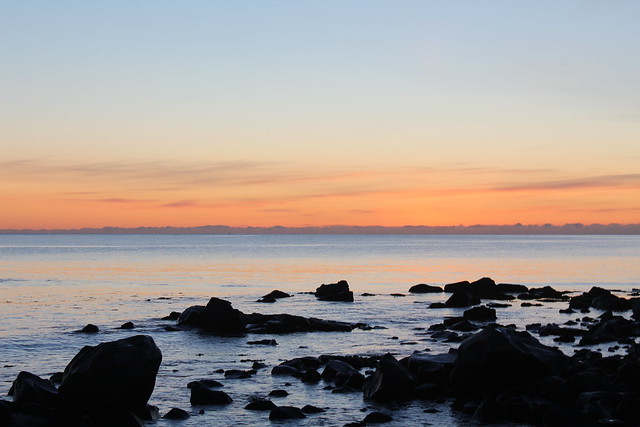 This week I managed to complete my registration on Iceland. At the office I had the first meeting with IPOT, the Icelandic Pool Of Trainers. We talked about some events coming up and now the preparations for those can start. I’m really excited for it!

This is a short update on what I’ve been up to. I’m keeping myself busy and for the following week this will still be the case. This weekend I’ll go with some people to the south-east coast of Iceland. It will be the first time for me to really get out of Reykjavík. I’ll try to keep my blog updated on my adventures!

By the way, I almost forgot to mention this. So this morning I was at the office and then my desk and computer and just the whole building started shaking. I have experienced my very first earthquake here! It was a very weird experience. Luckily it wasn’t too bad and as far as I know there is no damage. The earthquake not that long and was with a magnitude of 5.1.