Covid-19… Guess by now it is (almost) everywhere. The virus which really has an deep impact on the world. Many countries are in lock-down, people are required to improvise and start working from home. And also avoid social contact and all. Some people have been asking me; ¨Are you still on Iceland?¨, ¨Will you stay there?¨. So with this post I would like to give an update on how I am doing in these very strange times..

So first of all: I´m not going back to the Netherlands and will continue my program as planned.
I think at this point the situation in Iceland is also better than back home. I´m keeping track of the numbers in the Netherlands and on Iceland. In the Netherlands I really saw the exponential growth and still daily there are every day more than 1000 new infections. In Iceland tho, I do not see the exponential growth. They have this really nice website where they show lots of numbers, and looking at it I think we might have hit the peak already. But don´t want to cheer too early, as I think  infections will go up again when the restrictions are gone.

Also they would like me to stay here and travelling home I would’ve to find a job which almost seems impossible now. Plus I would risk myself getting infected by travelling and with this put my family in risk of getting infected as well. Soon I’ll probably be locked in this country, if I’m not already locked in.. It might be tough to know I’m not being able to travel home if something happens there, but luckily for now everything is going well there and there is social media to keep in touch with family and friends.

The first infection Iceland was found February 28th. I heard it during my language class where they walked in to bring the news. Also right away they gave us the phone number to call if you would get symptoms and gave us the standard tips on how not to get infected. Also the next classes we had to wash out hands by entering the building and the tables were cleaned to avoid infection as much as possible. March 13th they announced a gathering ban and all school would be closed for at least 4 weeks, this was actually the Friday I left for my Southeast Coast trip.  From this trip I also have recording materials. So as I´m home a lot and probably won´t have much to do, I might have time to edit it into a video soon! 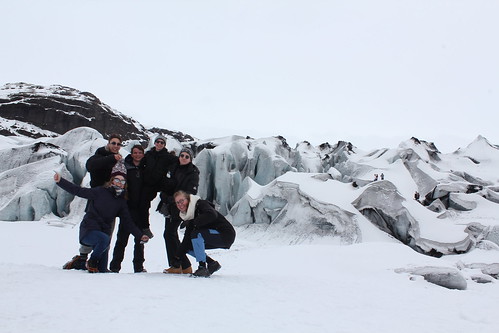 I have been working from home now since almost 3 weeks I think. The first week was quit tough, I had a working space which I really disliked, especially on ergonomic level. I guess my internship at Health2Work last year made me even more aware of how crappy it was. the first week I improvised with borrowing my roommates desk chair and putting up my laptop a bit on books, but not having an mouse or keyboard that was all I could do. Then towards the end of that week I picked up my desk chair, mouse and keyboard from the office which made working already way more comfortable and last week I ended up picking up the office computer and screen. So my workplace is good for as far as it can go now! Just with my tasks I have to be flexible as events I would work on are postponed until further notice or cancelled. But so far it had been working out well. These past weeks we challenged our repatriated students from the hosting and sending program to join a video and share some positivity. I´m quite excited about the results, check it out:

On the positive note, this past week I also drove out with Ragnar, who I know from the yes theory meetup on Iceland (mentioned here), to see some Northern lights! It was just amazing and I´m really in love with my pictures. It seems like the northern lights season will be over soon. But I´m so happy we caught this one. And of course, for people who will tell me to keep distances from people. If anyone in our close contacts would have showed any small symptoms I would not have joined. Also in the car we both covered our mouth and nose and outside the car we kept our distances. So we were careful.

Also I did an online meet-up / reunion with people who were in the same chapter as me in the USA. It was so good to see them again and just talk with them. I really miss those faces. Further with this situation I’m just trying to get some fresh air by walking, running or biking. The weather here still surprised me tho. One day it seems to get warmer (finally spring?) and the next day it is snowing again. The weather now seems nice, so hopefully it will actually get warmer.

Right now it is Easter break for me. Unfortunately due to everything happening I cannot travel this weekend. But hopefully the situation everywhere will be better again soon!

Take care everyone! and Happy Easter!