I’m really slow in typing / uploading updates. But here one of a road trip I did May 9th. And with typing this I realize that it is already almost two months ago ? Meanwhile I have already done at least 3 other trips next to this one which are worth writing about. So will need to find time to catch up I guess…

So it was the 9th of May I did a road trip with Laura around the Reykjanes Peninsula. This trip was very spontaneous. I was talking with Laura to do ‘something’ in the afternoon and we ended up having a nine hour(!) road trip. And yes, I ended up getting home very late as we did not leave until  around 15.30 (3.30pm). 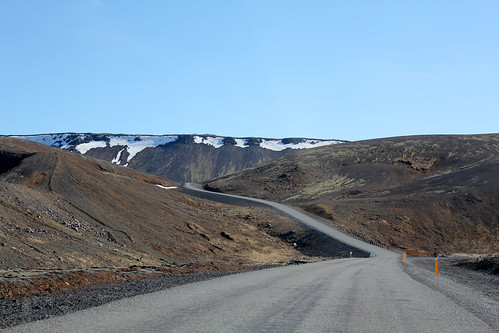 Laura knew all the places to visit. While driving to our first destination we saw some fish hanging to dry. Of course we stopped to check it out   There were so many fish hanging, it was quite cool.  In Iceland many people eat dried fish (hardfiskur) as a snack, the heads of the fish are sent to Africa where they make soup out of it. 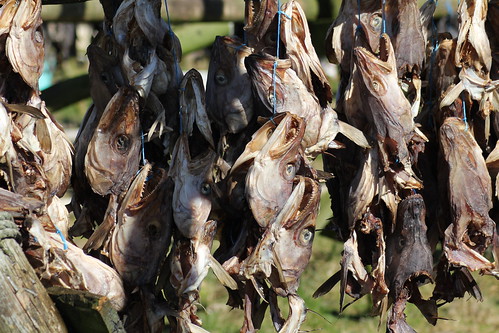 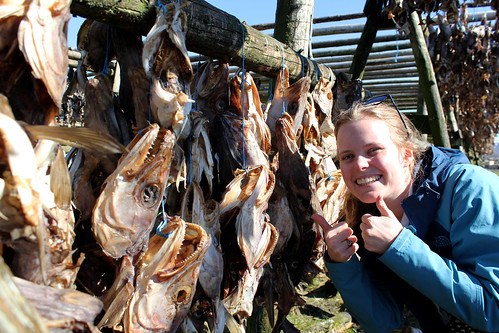 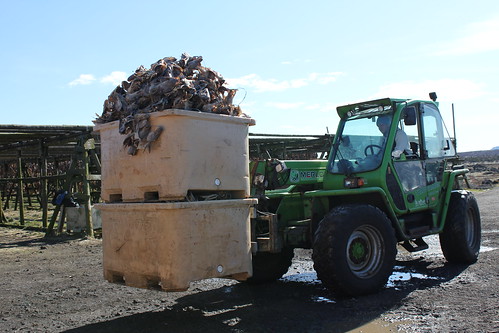 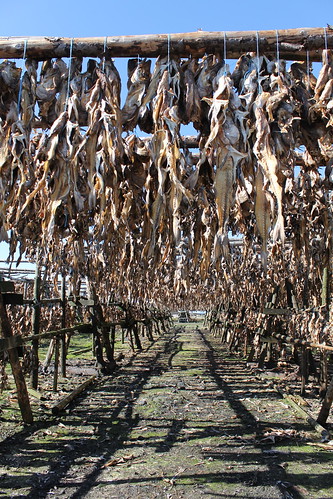 After checking out the fish we continued to our official first stop: Kleifarvatn. This is a beautiful lake. We checked it out down at the beach and then from a viewpoint a bit higher. The landscapes are unreal in this area. It almost looks like being on the moon. 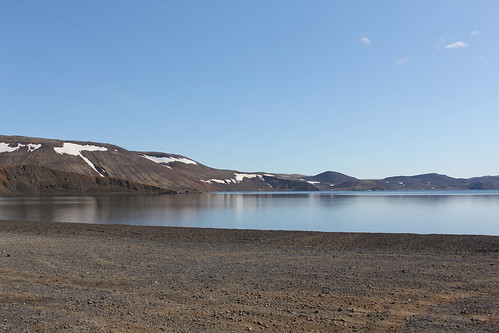 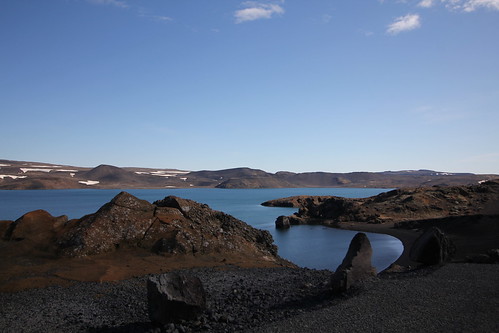 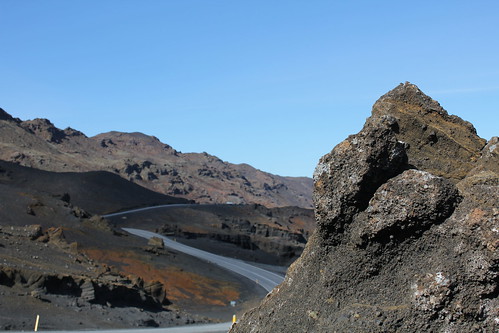 All our stops were super close to each other. So it wasn’t a long drive to Seltún, our next stop. This is a geothermal area. Super beautiful, but also a bit smelly to be honest. But it is a very interesting to see the soil boiling, that is not something I would see in the Netherlands. 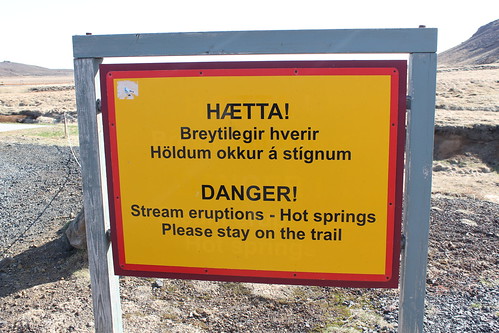 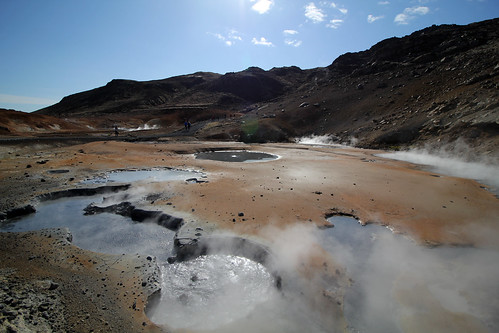 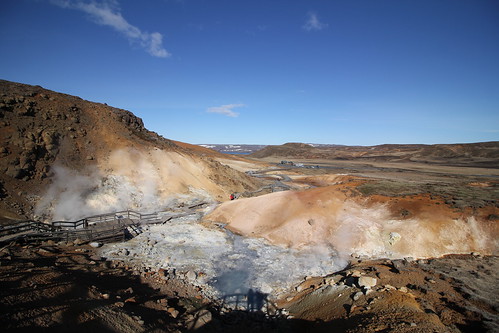 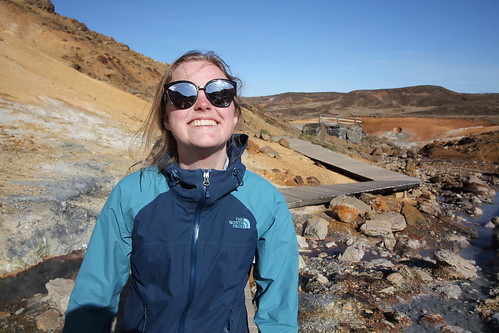 We got fish & chips in Grindavík for dinner. Also we made a quick stop at the AirB&B where my parents stayed for a picture. My parents went to Iceland in around november last year and are telling me about a lot of places I should see.  So just wanted to let them know I think of them while doing my travels (and maybe also to make them a tiny bit jealous).

Continuing our route we missed a turn, because of that we decided to take a small detour and we passed the Blue Lagoon. We stopped at some water outside of the official place. The water was cold, but it still looked beautiful. Blue Lagoon is usually super touristy, so it was quite weird not seeing any cars there when we drove pass the parking lot. 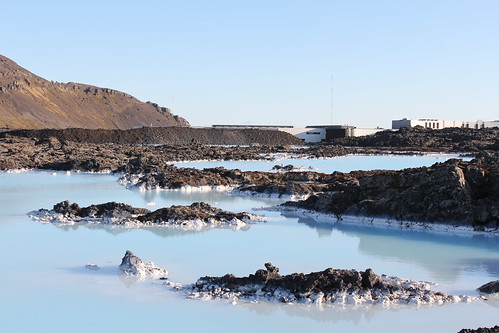 Then we drove past a small parking lot, there was no sign or anything. But it did look it was some place worth to visit. So we turned around to check it out. Turned out we were at Brimketill. It was a kind of ‘bath’ for a giant who was to believed to have lived around there. We googled it  and there it looked beautiful. The water was super high and wavy when we were there,  so it looked way different for us. 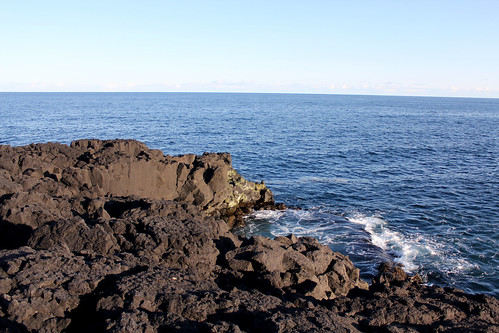 The next place we went to was Gunnuhver. This is another geothermal place where a lot of steam comes out of the ground.  It was super beautiful. This place was also already visible from far away. 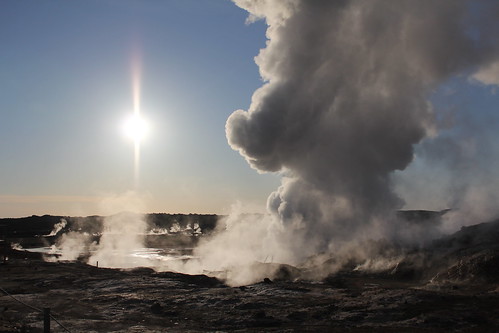 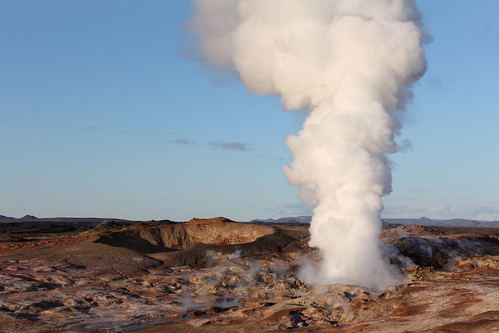 Then we stopped at the lighthouse Reykjanesviti and síðasti geirfuglinn. From the lighthouse there was an amazing view. Síðasti geirfuglinn is a place with a statue of the Greak Auk. This is a bird that got extinct by human actions on Iceland. If I had understand correctly the last 2 birds were killed to be sold for an exposition. On the parking lot there we also saw a dog behind the steering wheel waiting for its bosses. It was quite a funny view. 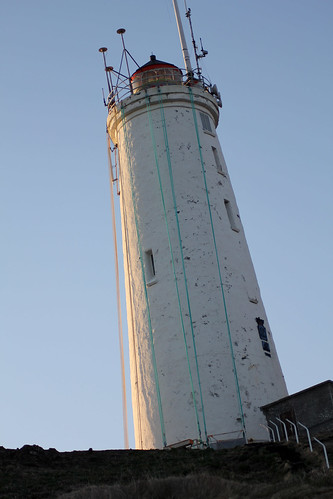 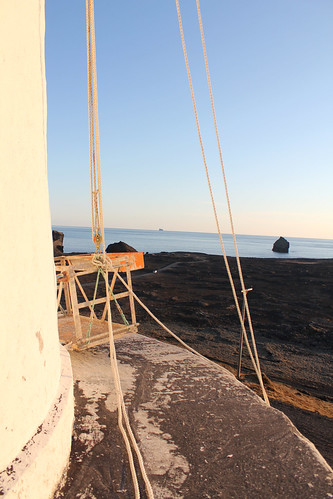 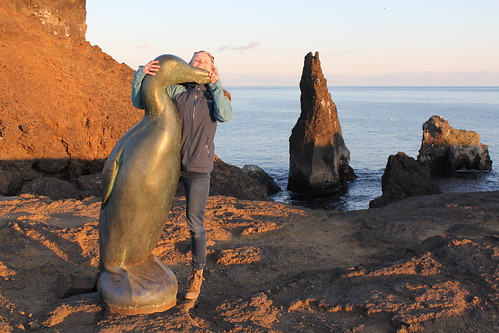 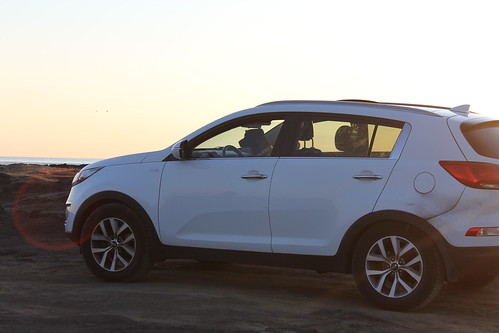 During our drive to the Continental plates bridge the sun got beautiful and we stopped for some golden hour pictures. Afterwards we continued and I officially crossed the bridge to the other continental plate. I was way too happy saying I made it to America after crossing the bridge that I didn’t realize I actually live on the American continental plate. So I should’ve been happy to be back in Europe (which I was at well tho). 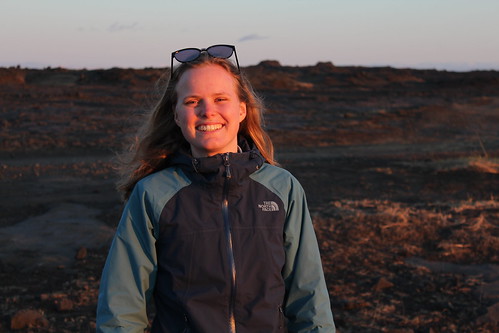 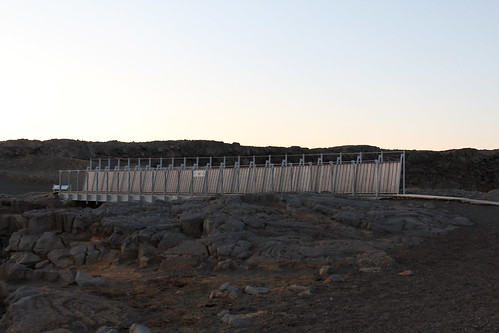 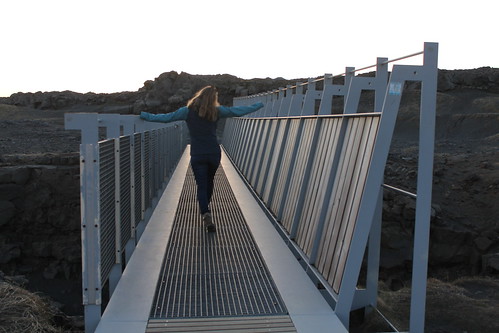 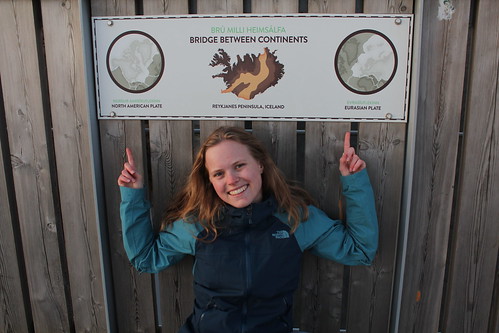 It was getting quite late, but we had one stop left. We went to the most western lighthouse on Reykjanes in Garður. The sky was beautifully colored at that time. We didn’t stay for long as we were getting tired and it was still a bit of a drive back to Reykjavík. 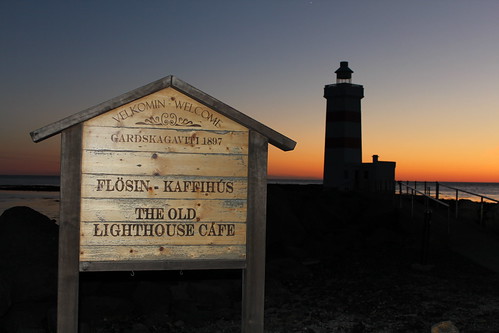 I was happy when I was back home after a very very long day. It was time to go to sleep. It was a great, spontaneous road trip. For people visiting Iceland I would definitely recommend going to Reykjanes. As for me places didn’t seem real and looked like fairy tales. Thank you Laura for taking me!