New update, I did a lot of things!!

Here is a quick update about what I’ve done the last weeks.

I will start with track. The season really ended now. After Conference, my last meet, a part of the team stayed practicing for sectionals. This is the meet where you can qualify for state. The team left earlier in the day, so I couldn’t drive with them because I would have to miss a class while I’m not running. So after school I went home, where I ate something and then my hbrother brought me to the track where sectionals was at. The team did really good. My school made it to state in the 4×800 meter relay, the 800 meter and one of the throwers made it down to state. I’m really proud of them!! My hsister Hannah also made it to state, in 3 events!! That is really good!! She made it on the triple jump, the 300m hurdles and with her team on the 4×200 meter relay.

I went together with my hmom to the Track & Field state meet. Hannah had her events in the morning. She did pretty good I think. But she didn’t make it to the finals. She jumped better with the triple jump before, she wasn’t really happy with her jumps this time. But it is still great that she made it to state! The 4×200 team ran really fast but not fast enough for the finals. Those people who were there were all really fast!! Hannah unfortunately fell in the 300 meter hurdles. This is the first year that she started hurdles so it is already amazing she could make it to state!! She will probably work on her form the coming summer.

My team ran later in the day because my school is bigger. The state meet is divided in 3 groups based on the size of the school. My school is in the group with the biggest schools. We stayed so we could watch my school race too! We didn’t make it to a final at any event. But it was great to see them running!! They did great!!

Last week we had a banquet with the team. Here we came all together to end our great season. I got a varsity letter and the team gave me and all the seniors a card where they all signed on. It is really nice to read all of this and I will miss them a lot!! I’m so thankful that I could be part of this team!! I’m proud to be a Willowbrook Warrior!! One of the coaches made a video about our season. You can see me at 9:33 in blue, first I will get the baton and then I will give it to the next runner. You can also see me in some pictures at the end.

One of these weeks I also went to Éviny her graduation. Robin another exchange student from France graduated too at the same school. It was fun to see this, it took a while but it is nice to see everyone with the graduation clothes and cap. I asked at my school if I would be able to walk with the graduation. But the school said that wouldn’t be possible. But I will still go to the graduation of my school to see it! After Éviny her graduation we (Diane from Switzerland, Manuella from Brazil and Monica from Portugal) went to her house, Seraina (Switzerland) came too but she wasn’t at the ceremony. We had a lot of fun! Here are some pictures we made. 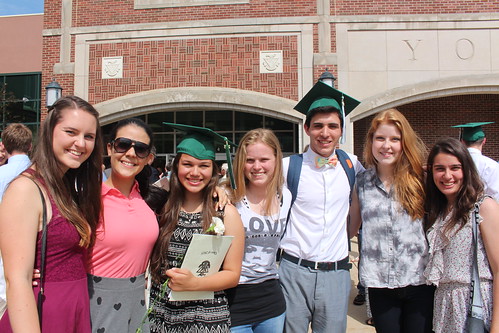 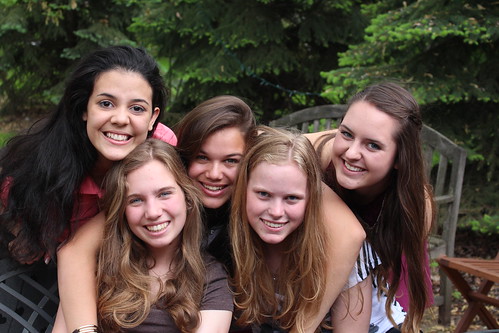 Manuella, Seraina, Éviny, me and Diane. Love these girls!! 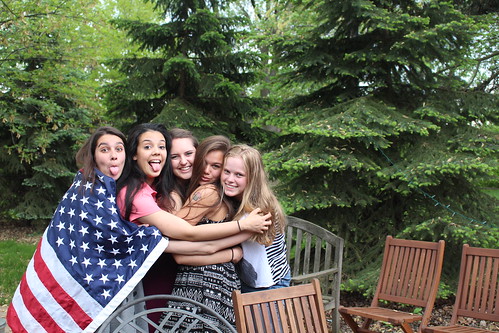 Monica, Manuella, Diane, Éviny and me 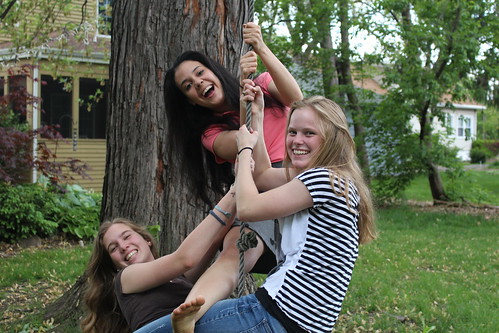 Having fun on the swing 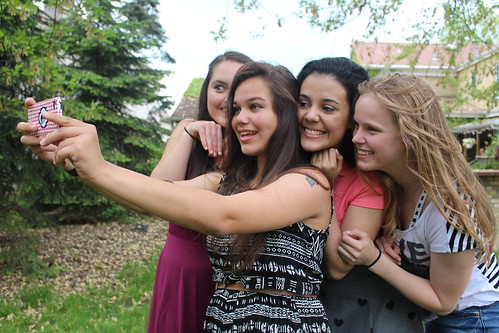 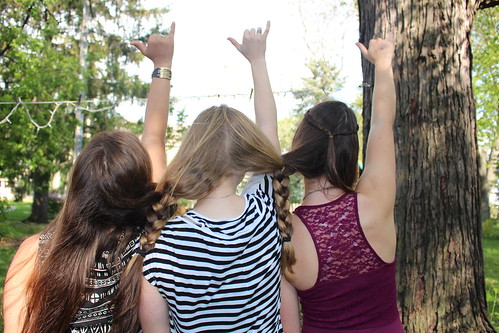 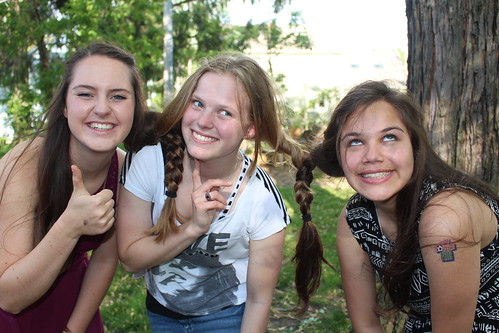 Last Monday I had a birthday party and goodbye party from Talles. There were other exchange students too!! It was a lot of fun! They had a Brazilian treat which is called Brigadeiro and it is really good!! Matheus taught me this word so I didn’t have to look it up now haha I remembered!! (To the Brazilians: Aren’t you guys proud of me??? :)) I will miss everyone who was there a lot and I don’t know how it will be without them next year… It is a weird feeling, last year I didn’t know all these people yet and now I care so much about them that I don’t want to say goodbye to them! This is the same with all my friends with school, skating and the family. 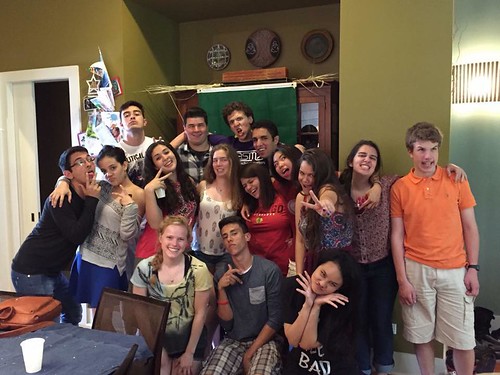 The last weeks of school started for me. I only have 1,5 week left. I can’t believe that this year went so fast!! At the end of an American school year you have prom, this is more for the Seniors but Juniors can go too. I went here and I had a great time!! In the morning I still had to go to school, there were no Seniors in class because of the senior recognition ceremony so there weren’t many people in class. The least people that I had in class that day was in precalculus where we were with 4 persons and a sub. Here we just talked. After this period I went home to prepare for prom. Tessa, one of my hsisters, did my hair. She first cut it and then she put it ready for prom. It was really pretty!! Thank you Tessa!! My prom was at the Science and Industy museum downtown Chicago. I really want to go back to that museum to see everything better! A lot of times when I saw someone I knew I lost the people I was with. So I was with a lot of people at prom. Here are some pictures of my prom here! This dance was a lot bigger and really different than the one in the Netherlands. It was nice to experience this! 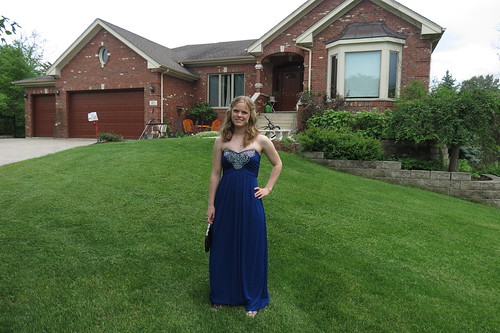 In front of my American house 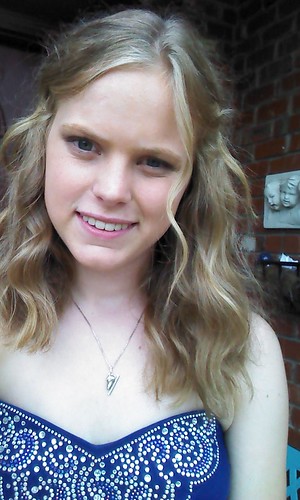 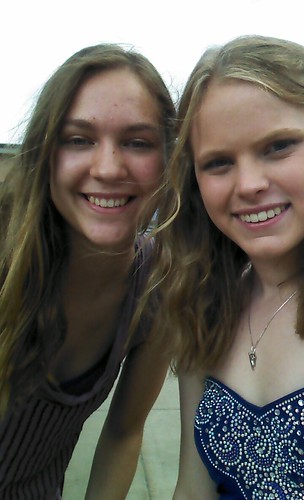 With my hsister Hannah who dropped me off for prom 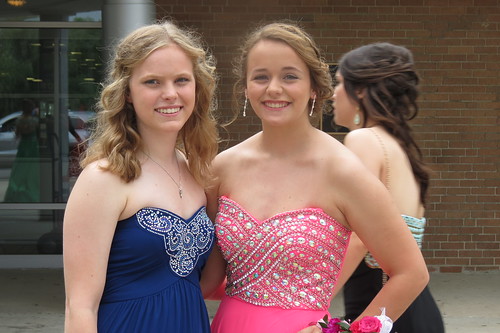 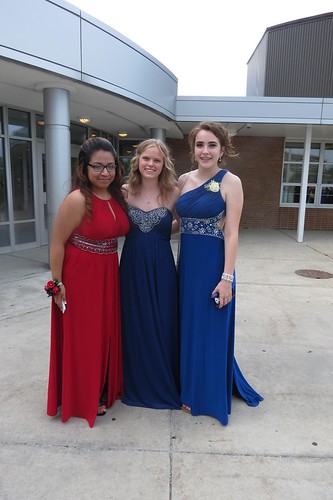 With Beatriz and Alannah 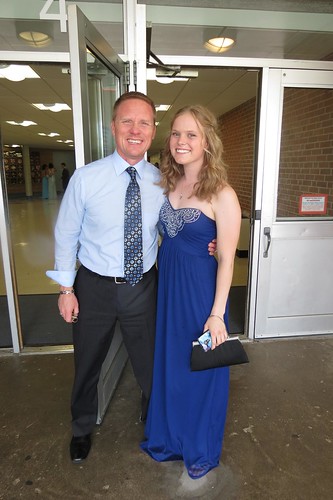 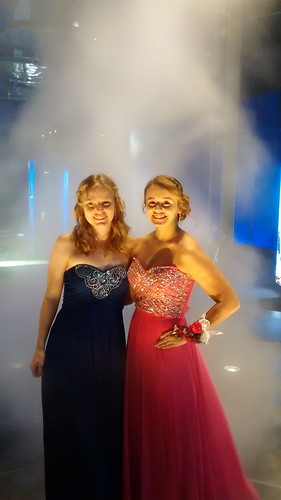 In exactly a month I will be (almost) home and I can’t believe that. I don’t want to leave all these here people behind. I wish I could clone myself and stay at both places. But unfortunately that’s not possible. I’m so happy I could be here this year and I know I still have a month left!! And I will have a great time this month!!!!!! One of my friends from the Netherlands will come visit me here. So I will show her around in Chicago! 🙂

Some exciting news in my hostfamily is that my hbrother Noah got a puppy yesterday. His puppy named Strider is so cute!!! Hannah and I ran to his house yesterday to see Strider. This was 5 miles (8km), so we did our workout. Tomorrow Jed, anther hostbrother who lives at the same house will get a puppy. So our dog Ponce will get a new friend. I hope he will like it. I’m not 100% sure what the name of that puppy is. But I will post it on facebook and in the next blog! 🙂 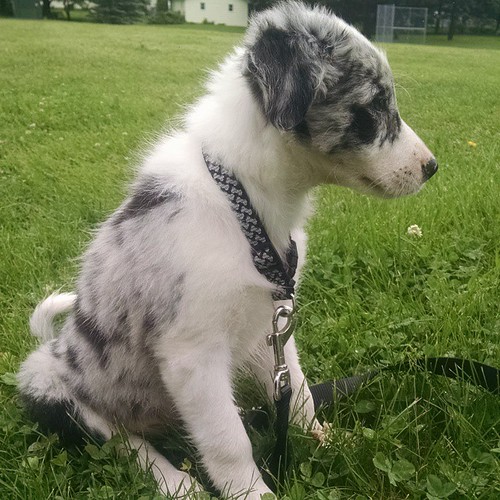 Monica, one of the other exchange students in my area team made a video about being an exchange student. It is 37 minutes long but it is really nice! So if you bored you should definitely check it out!! I’m in the first shot with Alexia and Éviny!

I think this is it for my blog this time. I don’t have much more news. I am going to enjoy my time here!! Byeee