France, preparations for Bali and going back to Chicago?!

Hey everyone! What’s up!

So last time I told you guys about me going to Bali starting this September. After I heard I could go there I promised myself not to book any other trips anymore so I could save up as much money as possible. But of course, I can’t stay away from ‘looking’ looking at trips. So the day after I planned my trip to France with Eleni and Marijne…

So let’s start with that! My trip to France!

April 23th I woke up early and went to Marijne her house where we had to wait for Eleni. Marijne is a friend of mine who studies in Lille, France for a couple of months. She wants to become a French teacher and during her time her she can make her French even better!
When Eleni arrived we put everything in the car and then we left on our roadtrip to France! Just 15 minutes on our way we stopped for our first break at the police station in Zwolle for a hot chocolate. After that we continued. Doing our research we knew all the shops would be closed on Sunday in Lille. So we decided to stop on our way in Gent, Belgium. Here we wandered around in the city, visited a castle and drank some more hot chocolate. After a couple of hours in Gent we drove further to Lille. We arrived a little later at our destination because Marijne and I were the worst navigators and because Marijne started to recognize THE AREA SHE LIVES IN half a mile before we got at her place. After unpacking our stuff in a mini room and eating Dutch pancakes made by a French guy (because he said he knew how to make them better) we went to sleep. 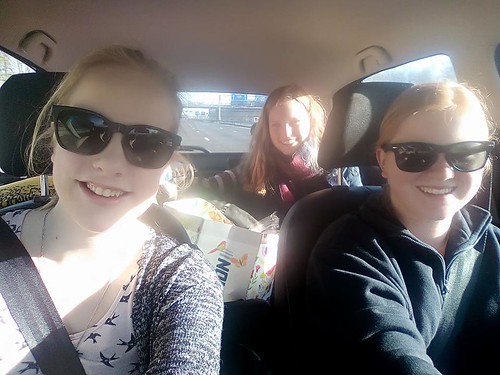 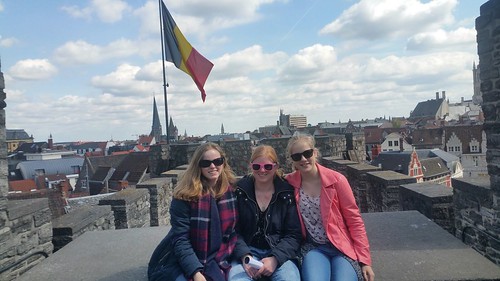 The video below shows how much space we had in the mini room:

The next morning we woke up early, we wanted to do and see as much as possible. We started off at the Zoo, followed by picnicing at a park (we only had chips). Later we walked around and went to the city. Marijne (who was sure she knew where we were) sent us the wrong way. She didn’t want to listen to my navigation on my phone. So we had to walk a little further than planned. In the city we got our ‘real’ lunch at a burgerplace. There was litteraly no one at that place but I pulled Marijne and Eleni in. The people there were so happy we were there so they gave us free fries while we didn’t even order that. I guess they also liked that we were Dutch and that I didn’t understand anything they said. So when I had to take my paying card out of the machine it took a while before I finally understood. That evening we went to a barbecue organized for international students at the university there. It was fun, but we thought it was free. Usually in France you have to take something with you and then you can get other peoples stuff too. But now we had to pay for the other stuff.. Friends of Marijne called someone who didn’t arrive yet and that person got more food for everyone so we didn’t have to pay. After a fun and long day we went back to the mini room and decided we could sleep in a little the next day. 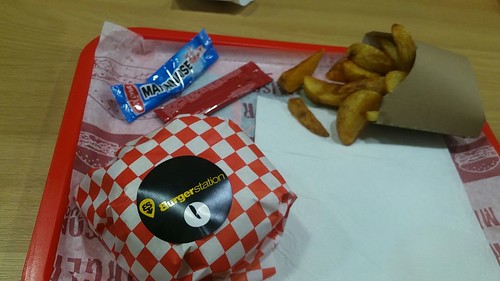 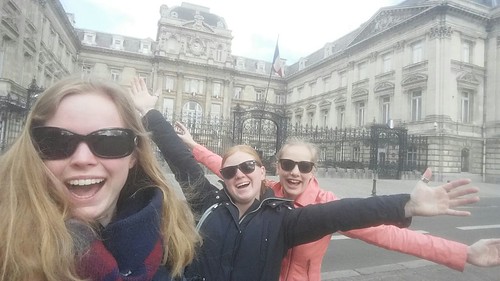 Wandering around in Lille

Tuesdaymorning we went to the store and got some food for our picnic breakfast. Marijne had class that day so Eleni and I decided to take the metro to Roubaix. A lot of places were closed here, so we were done pretty fast. So we took the metro to the end stop which wasn’t as touristy as we expected. We already sent Marijne a text we were there, so at the time she arrived Eleni and I were already somewhere else. Marijne didn’t get that text due to bad connection. So after calling and texting she finally found us! 🙂 We still didn’t find anything to do so we started to look for a pizzeria back in Lille, and no, we didn’t find a normal pizzeria like we wanted. So we went to another restaurant Marijne knew about. 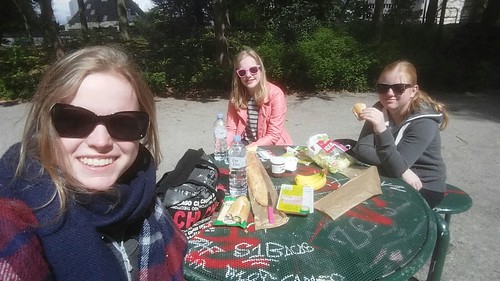 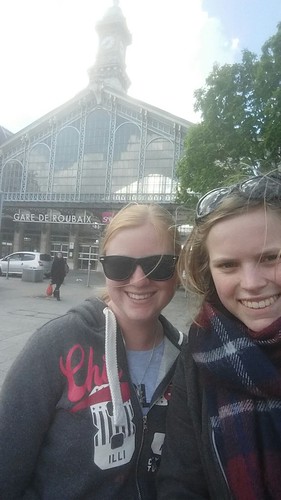 Wednesday we went to a Natural History Museum. It was really interesting there, they also had explanation in Dutch. But they put the flag upside down. So when we told the people there they said it didn’t matter and that they noticed Dutch people speak loudly in a museum. I don’t know, shouldn’t we be talking then…? At noon we got a real French nutella crêpe and we went to Marijne her school because she had to work on a project. Eleni and I got bored so we walked around and got lost in the university. After walking several laps and for a long time we finally found Marijne who was finished by that time. At night and the next morning Eleni and I packed our stuff because we would leave already.
Then April 27th, KINGSDAY in the Netherlands and Eleni and I were driving in Belgium. Eleni (addicted to ‘fancy fish’) wanted to stop by some places. At the end of the day and a lot of fish stores later we arrived in Meppel with 21 fishes. Eleni will sell these fishes again and maybe she will keep a couple for herself.

So that was our story of what we did in France. Marijne is also writing blogs of her time there and you could also read about this week in her perspective. Just click HERE to read her blog. She’s writing in French and Dutch.

Next up: A trip to Chicago?!

Yes, it’s true. After I broke my promise with myself on not going on more trips I also booked tickets to Chicago again for this summer… :p
I got super exciting news from my hfamily in the USA. My second hsister Tessa is getting married this summer! And knowing the wedding will be in August / summerbreak I really wanted to go. So after a lot of doubts, I did decide to buy tickets again. It would be amazing to be able to attent the wedding. 😀

These past weeks I’ve started with the preparations on going to Bali. I had to get a new passport because mine wouldn’t be valid long enough.  I also got in contact with the others who will be going to Bali. We’ll go there with a group of students and now I finally know who the others are. Currently we’re with 14 girls, but there will probably be 2 guys who will join us and maybe some other people. We’ll hear that somewhere this week I think.

Thursdaynight we met up with the group. We went to Windesheim (the school I’m doing this minor with) and we got to know eachother. We also skyped 4 students who are currently in Bali with the same minor. It is really fun to see what people are doing there right now. I really liked the fellow students who are going! It was a great night and we talked a lot! 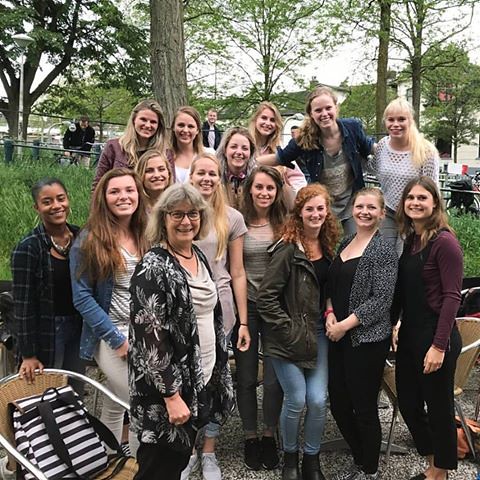 Meeting the fellow students who will go to Bali with me!

Meeting everyone was like a huge step closer to the real adventure. Now you know who you’ll be traveling with. We will probably book our tickets somewhere this week! So that’s really exciting! 😀

Hope you enjoyed reading this! Byee!