Heeyy everyone!
Be ready for a long blog!! Right now I am in a van on my way home after a weekend in Kansas. The drive is around 12 hours so I got time enough to write my blog again! (If my laptop doesn’t die, I don’t have a charger…).

I am going every week to Milwaukee now for long track practice. Maybe it will be more often because Hannah is done with her Cross Country season. She made it to state and that is really good!! I think it was 2 weeks ago when Shani Davis had practice at the same time. Of course I couldn’t let it to make a picture. So now I have a picture from 2007 and 2014. 🙂 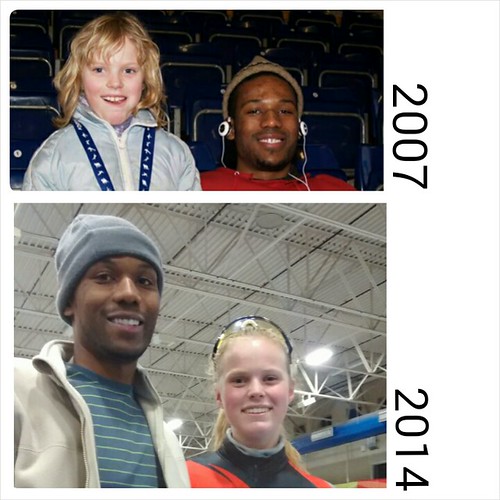 Hannah had on November 8th the State final of Cross Country. First I should go and watch here. But I was really tired and when my alarm went off I stayed in bed to sleep a little longer. Hannah raced really good at her meet and got the time she wanted to have. She had a mile pace of 6 minutes and 30 second. This is really fast! My fastest mile is around 7 minutes.

On Sunday I went together with Becky to the Scavenger hunt of AFS in Chicago. We went there with the train. The people in our team where: Adila (AFS returnee), Seraina (Switserland) and her hostmom and 2 hostsisters, Ana (Brazil) and her hostsister Carlee and Sid (Japan). We got ducktape with penguins so people could recognize our team. Other teams had other figures on their tape. We had to make pictures with specific horses or other places/objects in Chicago. The horses were for honoring the police. They are also known as the Horses of honor. One of the things we had to do was kissing an American who is not involved with AFS, it was for a maximum of 6 points and we got them all! We also had to go to the 7th floor of a building to go on the picture with the Holy Cow. Here was also a shop where we got sparkling hand lotion. So here we got our name: The Sparkling Penguins. We found most of the things we needed. There were some things we couldn’t really find. Like purple ribbons in a tree and something with a hand in a garden. We were original so we put my purple hat and another purple scarf in a tree and made a picture. We knew with the other one where the garden was but we couldn’t find the hand. So we made a picture with our own hands. Our awesome team won the scavenger hunt!! Go Sparkling Penguins!!
After the scavenger hunt we went to Panera with our team to eat. For people who don’t know Panera: they have good food!! It was really nice. I met some new people and it was really nice to meet them. 🙂 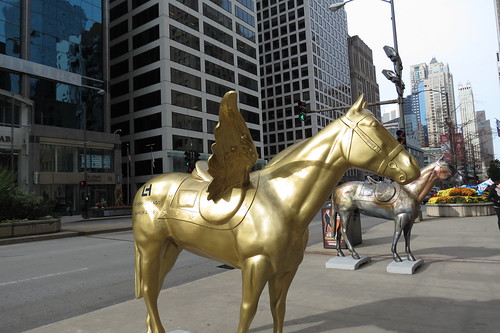 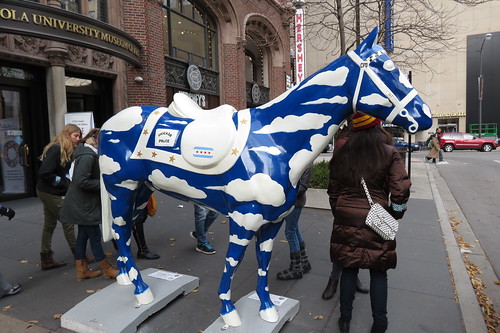 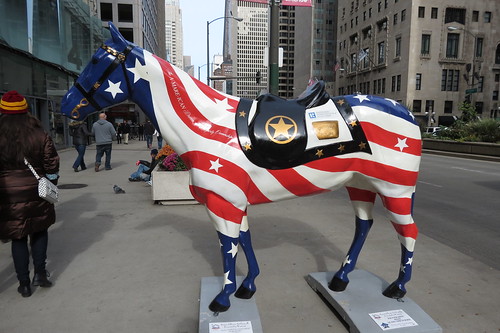 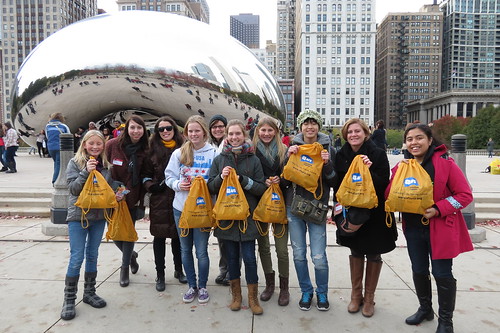 Our winning team: The Sparkling Penguins

After we ate I went with Becky, Ana and Carlee to the Sears tower (also known as the Willis tower). It was amazing!! After being in line for a while and being with a lot of people in an elevator we arrived at the 103rd floor. From here you have an amazing sight on Chicago. When we were up there it was already dark. So we saw all the lights. It was beautifull!! 😀 I still want to go there once again to see it at daylight. And I still want to go to the Hancock building to see the skyline from there. They have the tilting windows. After we went there we went with the taxi back to the station and from there we went home. It was a long and fun day! 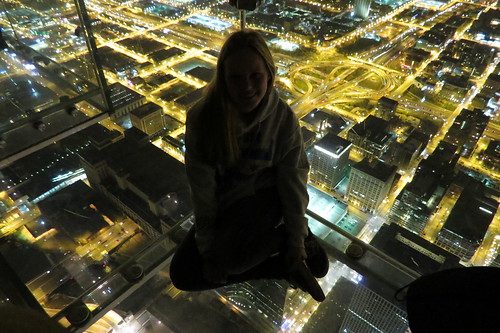 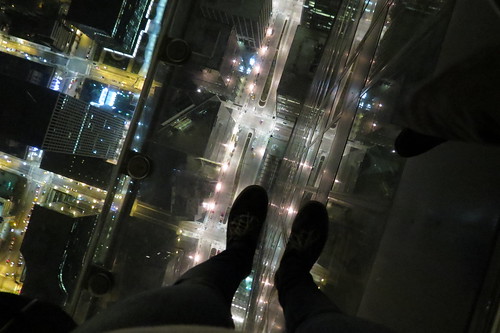 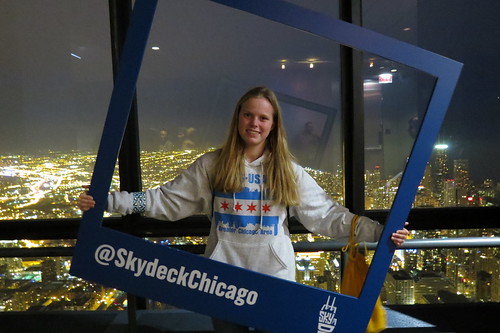 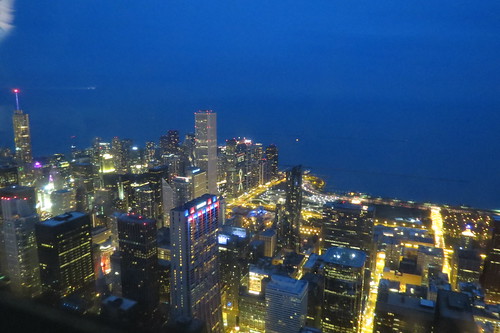 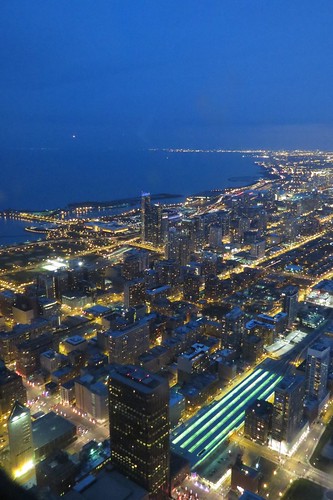 Wednesday (November 12) I had a meeting with the Cross Country team to really end the season. We got like awards here. I now got a letter of the junior varsity team and I got a really nice picture with the team. I’m happy I joined the team. I also signed up for the Track and Field team. This starts in January. 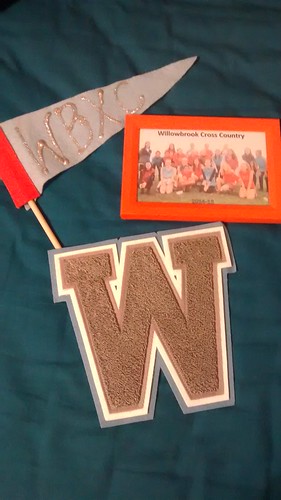 I missed the play of my school. It was Thursday to Saturday. I really wanted to watch but I couldn’t.. 🙁 But I did something better. I went to Wichita, Kansas this weekend! Thursday night after practice we left with a group in two vans to Kansas. It was a long drive. But I slept most of it. I also watched the movie Yes man with Hannah and Aline (another exchange student from the Netherlands). When we arrived we just rested. In the noon we could go to a practice but Hannah and I didn’t go there because we had the feeling it would be too much this weekend if we went there. We just rested and walked around with Becky in Wichita to look for food. We ended up at subway. (Which has a drive-thru, never saw a subway with drive-thru before) We still saw some things of Wichita so I got some nice pictures there. 🙂 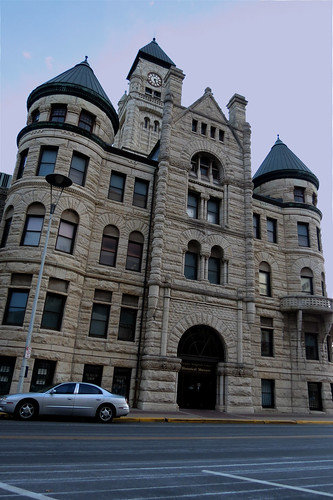 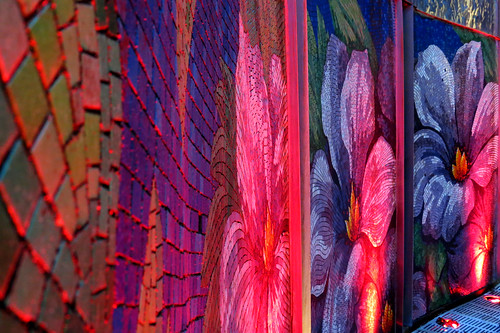 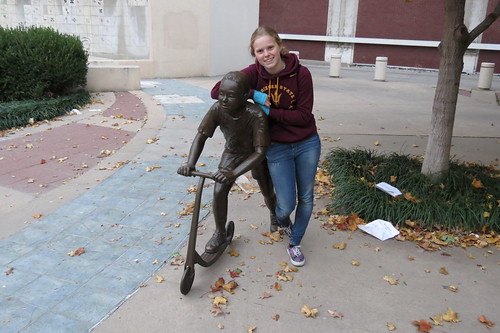 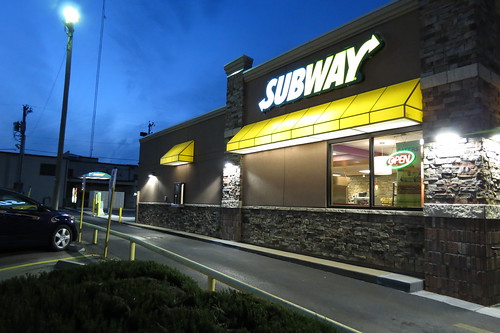 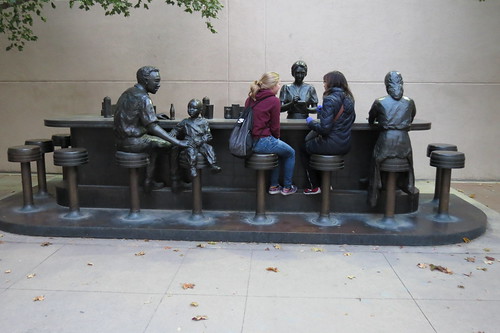 The next day the meet began. We started with the 1500 meters. I got to the A-final (also in all other distances) and finished here 3rd. Katherine Reutter skated too. She didn’t count for the results. So I was 2nd here. In this race I made a really nice pass on the outside. Normally I pass on the inside. So I’m happy it worked out. Maybe I can use it later too. I got 3rd on the 500 meters too and 4th on the 1000 meters. After 6 times racing we had the relay. My team got disqualified.. Then we could do flying laps if we wanted to. I did this, I got the fastest flying lap (after Katherine) even I lost some speed because I hit a block. I won a paper with my lap time and some candy (which is already gone) for this. After the 8 races my legs were exhausted. We ate at a barbeque restaurant, here we sang for Hannah because it was her Birthday! After that we went to the hotel. Here Hannah and I took an ice bath. Hannah said I needed to do it. It was really cold… After that I took a warm shower and I could finally go to sleep.

Today (Sunday, the day I write this) was the second day of the meet. We began with a 11,5 lap (1300 meters) race. I’m almost sure there wasn’t a Dutch national record for this. So I just set it. 😉 Then we had a 500 meters again. I won this one behind Katherine. For the last race we could choose between 1500 meters or 3000 meters. I chose the 3K (27 laps) because I wanted to set a time. I think there were some problems with putting the times in so I don’t know my time. I will see if I can still get it somewhere, but I don’t know if it will be official then.. Overall I got third this weekend behind Hannah and Betsy. I got a big trophy for this. I’m wondering how I will get this one home in the Netherlands. Because it was pretty heavy. 😉

This morning when we woke up and watched outside it was white. There was snow and it was still snowing!! 🙂 Stupid me forgot the winter jacket. But luckily we were the most of the time inside. I liked the snow (not the cold). Hope it will be soon in Illinois too. I’m sure I will see enough snow this winter. Jed started to make the ice rink in the backyard so it will be fun!

Now we are on our way back to Illinois. I think we will arrive 3 am. My alarm for school goes at 7.25 so I will be tired tomorrow. I will try to sleep as much as possible tonight in the van. I’m happy I got a late start at school so I don’t have to wake up at 5.50. I will go to bed early tomorrow.

Byee, from somewhere between Wichita, Kansas and Oak Brook, Illinois!!

Update Monday:
We arrived this night around 2.30am at home. I put my alarm for school. When I woke up I was really tired and had a headache. So I decided to take a day rest. If I would be at school now I would almost fall asleep and I would not be concentrated. So today is a day for ‘cleaning’ my room, doing homework and rest (and updating my blog).

Sinterklaas didn’t forget me and the Bosman family. He and his zwarte pieten sent a box full with presents. Now we have to wait until December 5 before we can open it I think. 😉 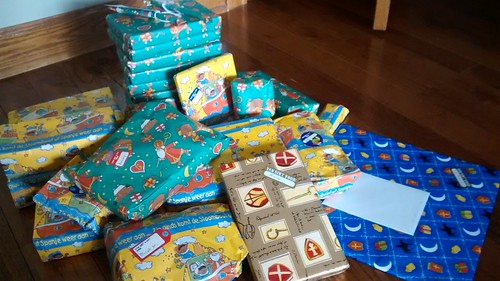 This morning I also saw that the ice rink in the backyard is pretty far done. So we can skate there this winter! 🙂 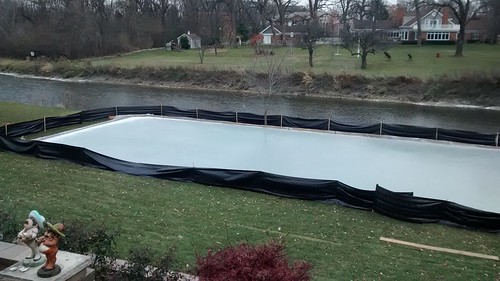 Have a nice day!!

One thought on “Scavenger hunt and Wichita, Kansas”